While it is impossible to predict precisely when gas prices will drop, many reasons may contribute to the price spike. Oil production disruptions and unplanned refinery maintenance are factors. The Biden administration's efforts to bolster the domestic oil supply could also help stabilize prices. Meanwhile, hurricanes continue to threaten the Gulf states. However, consumers remain confident, so spending is expected to remain steady.

Unplanned refinery maintenance work has tightened the fuel supply in the U.S.

Unplanned refinery maintenance work is the primary culprit behind the dramatic rise in gas prices. In California, refineries have experienced a string of outages. The shutdowns and problems have made the fuel supply even tighter. But the issues aren't limited to California. A series of refinery outages have affected fuel supply across the country.

Refining work at multiple California and Washington State refineries has led to high gas prices this week. Some of the work could continue for days. The Olympic pipeline in Washington is also undergoing maintenance, which could affect supply. This week, gas prices in Oregon and the West Coast have gone up by more than 50 cents.

Refineries have experienced several power outages, equipment shutdowns, and issue-plagued restarts of significant production units in the past year. A recent shutdown at Exxon Mobil Corp.'s Baton Rouge refinery in Louisiana will keep it offline for several weeks. The shutdown will also lead to a slowdown in the run rate of the plant. 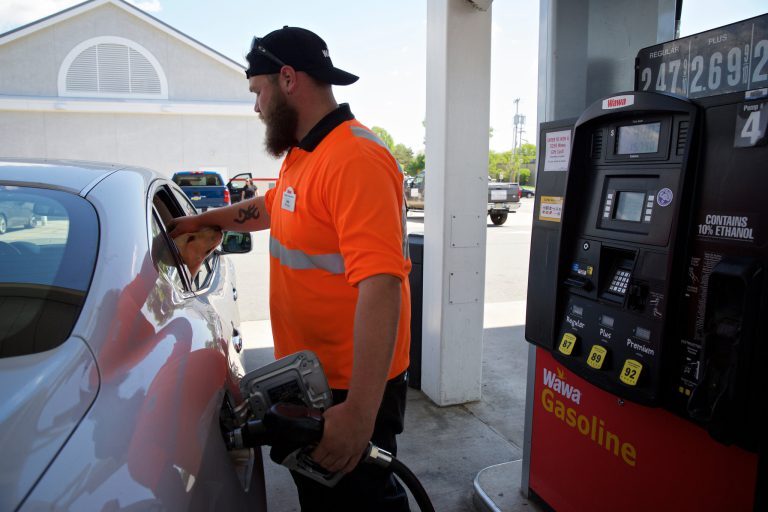 In California, the governor recently directed the agency to create winter blends earlier than usual. This allows the fuel to be manufactured, imported, distributed and sold earlier. The cost difference between summer and winter gasoline is about 15 cents per gallon. In contrast, winter gasoline costs less to produce.

California's governor has urged refineries to use winter blends sooner than usual to lower gasoline prices. Currently, refineries are required to produce summer-blend until Oct. 31, but they can switch back to winter blends after that date. Newsom says this will help stabilize oil supplies and keep California's average price for regular gasoline below the national average.

Gas prices in California have surged in recent weeks and are approaching record highs. However, the state may see some relief this weekend. Oil industry representatives say that California's state regulations are partly to blame for the high prices. Refineries are required to produce summer blends until November, so switching to winter blends now could save motorists 15 to 20 cents per gallon.

The main reason why refineries are starting to produce winter blends is to save money on production. The winter blend contains fewer additives and is more economical to produce. It may also help to bring prices down.

Oil production disruptions have contributed to high gas prices in the U.S.

Several factors have contributed to the spike in gas prices in the United States. First, unexpected refinery maintenance and accidents have disrupted the oil supply. The recent fire at a BP refinery in Ohio killed two workers and resulted in a prolonged shutdown, sending prices higher in the Midwest. In addition, a string of refinery problems in California and other regions has strained the country's fuel supply.

The price of gasoline in the United States has reached record highs. This is the highest level in more than 50 years. The last time this happened was during the energy crisis of the late 1970s. High fuel prices hurt consumers directly at the pump and drive up the prices of other goods.

Another factor contributing to the gas price spike is the increase in global inflation rates. As a result, gas prices in some countries are higher than those in the U.S., while in others, prices are lower. Also, gas prices vary significantly between different states.

Despite the price hike, oil producers have agreed to increase their production gradually. The OPEC Plus nations primarily abided by the plan, although Saudi Arabia, Kuwait, and the United Arab Emirates have exceeded negotiated levels. Meanwhile, non-OPEC countries, including Canada and the United States, have reduced their output by 3 million barrels a day.

Inflation is around its 2% yearly target.

The Federal Reserve has the mandate to keep inflation around two percent. This target is considered most consistent with its goals of price stability and maximum employment. Low inflation is a good thing for the economy and makes it easier for households and businesses to make good decisions. Inflation over the long term is around two percent.

However, if inflation continues to rise at the rate it has been, this might not be good for the economy. The Fed can raise the federal funds rate if it wants to avoid higher inflation. Higher borrowing costs slow economic growth and prevents inflation from rising. The Fed's target isn't always achievable because the business cycle changes from recession to recovery and expansion.

Despite this, inflation has been below the Fed's target for much of the past decade. While the monetary policy may have achieved its goal, the Fed may have lost credibility if it continued to lower prices. A new strategy called average inflation targeting allows the central bank to respond to changing inflation conditions and reduce the uncertainty surrounding the economy's future direction.

The energy department will put a floor on oil prices.

Regarding the price of gas, the Biden administration has made it clear that it will not allow the price of oil to fall below a soft floor set by the government. This policy aims to keep oil prices stable and encourage oil companies to invest in production. This will increase the country's energy security while bringing down energy prices. But the decision has political implications. It could jeopardize the political future of President Joe Biden and congressional Democrats.

Oil prices are currently trading below the $100/b level seen earlier in the year. That means that the average American driver will be spending about $60 less a month on gas compared to the price of gasoline at the peak in June. The plan may work, but it is not a sure thing. The oil price is still too high to spur future investment, and the Biden administration has not done enough to increase domestic production. In addition, the government has not been transparent enough about how it will restrict exports, which has further affected the oil market.

The Biden administration is attempting to keep oil prices low by releasing several barrels from the Strategic Petroleum Reserve. The decision was controversial, as Republicans have characterized it as a political move ahead of the midterm elections. However, officials with the Biden administration have said that they hope to keep oil prices stable so that oil companies will invest in production. They have set the price for filling the SPR at $67 to $72 a barrel.

Middle-class families across California will receive up to $1,050 rebate payments starting tomorrow. The program is the largest in state history. The state approved the program to counter rising costs and inflation weighing heavily on American families. It's expected to help many families pay their rent and utility bills and support small businesses.

The rebate check will amount to between $200 and $1,050, depending on your filing status and income. The reviews should begin to appear in your bank account by October, just in time for the general election. However, some people may not receive their checks until January 2023.

The agreement reached by Governor Gavin Newsom's administration will help middle-class families as the state struggles to cope with high inflation and gas prices. The deal will allow millions of working Californians to receive a $1,050 rebate. The payments won't be contingent on whether or not you own a car, which was an essential condition of Newsom's original proposal. The money to pay the rebates comes from the state's historic $97 billion budget surplus.

The state will send out the checks to 23 million California residents. Individuals who make between $125,000 and $250,000 will receive a check for $200 upfront and an additional $200 if they file jointly. The bills would also be issued to any dependents or children in the household. The amount of inflation relief the taxpayers receive will depend on their income, household size, and tax-filing status.